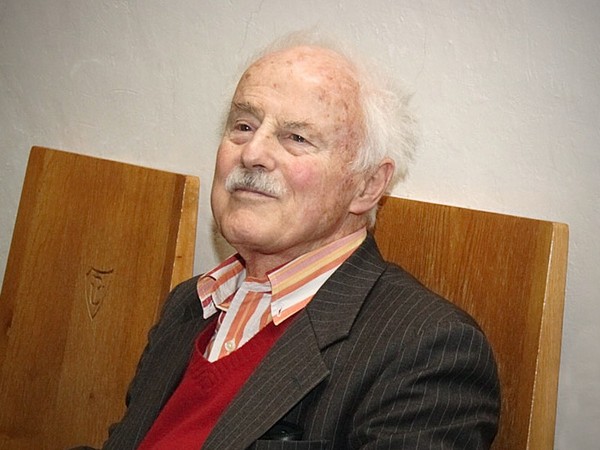 Charles E. Merrill, American philanthropist, publisher, founder of the Commonwealth School in Boston, writer and educator, passed away in Nowy Sącz, Poland in late November at the age of 97. Merrill’s long-term educational projects in Central Europe made possible significant student study stays in the USA, and his generosity extended to hundreds of Palacký University students who were able to study at American universities thanks to his direct support .

Charles E. Merrill, Jr. was the son of Charles E. Merrill, one of the founders of the Wall Street brokerage house Merrill Lynch & Co. He and half-brother James Merrill (1926–1995), an important American poet, gave their inheritance to charities and charitable projects.

The name of Charles E. Merrill (1920–2017) will be deeply inscribed into the history book of Palacký University, primarily due to his “Polish-Czech Schools Project”, known as the Merrill Program, which since the early 1990s arranged and financed UP student stays at selected American colleges and universities. The support was aimed primarily at students in the beginning of their studies, without experience abroad. The basic requirements for the grant, arising from the philanthropic attempt to help those in need, were fulfilled by students’ good marks, their ability to represent their university and their country abroad, the quality of their characters, and their openness to making new contacts. Hundreds of UP students were able to take part in study stays in the USA thanks to the Merrill Program, which lasted until 2015.

Charles Merrill kept in good touch with “his” students and graduates and visited UP several times in order to have personal conversations with them. As he told UP Žurnál during one of this Olomouc visits, UP students showed a general gift for adapting to the American university system, proven by their good grades.

During his visit in April 2000, the entrance hall to the UP Central Library in the Armoury was named after him, at which a memorial plaque with his photo and a text by Josef Jařab, UP’s first post-November 1989 UP rector, was unveiled. Recognition for his lifetime achievement in the area of education was expressed by UP in the form of an honorary doctorate in 1991. In 2005, he also received the Czech Ministry of Education Medal, First Class, the highest award given in education in the Czech Republic.