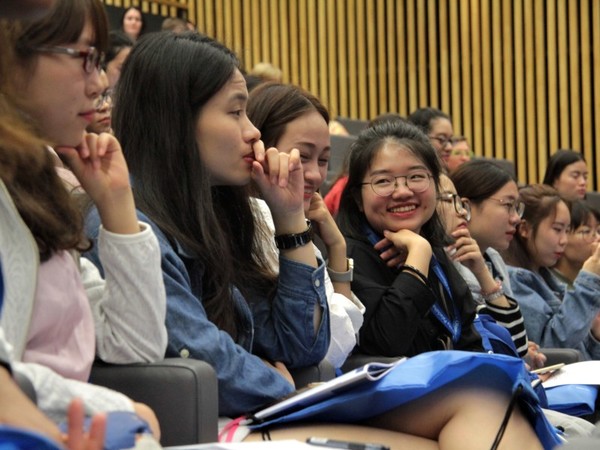 Students from China have arrived for studies at the Faculty of Education, Palacký University Olomouc

Almost two hundred students, teachers, and employees of various Chinese universities have arrived for studies at the Faculty of Education, Palacký University Olomouc. Under the auspices of the Summer Schools of European and Czech Culture, they will study English, Drama Therapy, Dance Movement Therapy, and Music and Art Education through August 20th.

Dean Čestmír Serafín took part in the opening ceremonies of the third year of the Summer Schools of European and Czech Culture to wish the students great success. The morning programme, which took place in the faculty’s ceremonial hall, was enriched by part of the Olomouc Baroque Celebrations. Divadlo Facka performed the pantomime Harlequin’s Adventure by Tomáš Hanzlík of the Department of Music Education before a huge Chinese audience.

The idea to hold summer schools for Chinese students came to Palacký University three years ago, and since that time interest in the programme continues to grow. According to Vojtěch Regec, Vice-Dean for Foreign Affairs, in the future the schools should be open to students from other countries, especially the USA. “China is certainly one of the countries in which Palacký University has a great interest. It is developing rapidly and education there plays a crucial role,” said Regec.

He is convinced that due to the positive feedback by students from last year and the year before, the university received even more applicants this year. “It is a mix of students from the first and second years of university and all have come to Olomouc with great intent. The biggest study field is their constant interest in English. But Art Education is also popular. And the hottest slot this year was Music Education, which a number of students could not get into, because the places were already filled,” added Regec. He himself worked for half a year in Leshan, China and prepared the profile of the UP summer schools based on the interests of the Chinese universities.

The two hundred students are divided into thirteen groups. Each day starts with studies from 8:30 am, finishing in the afternoon. “Twenty-seven of our students are helping with the organisation, including free time activities. Every day after studies there is something to offer the Chinese students,” said Regec. He also stated that in addition to the ropes centre, laser arenas, aqua park, bowling, and a number of trips to Prague and Vienna, UP is offering the possibility to learn Czech. Because the majority of the students are here for the first time, in addition to quality teaching, the faculty is also offering them introductions to UP Bachelor’s and Master’s programmes which can be studied in English at the Faculty of Education. 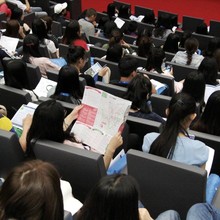 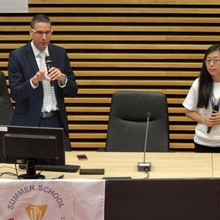 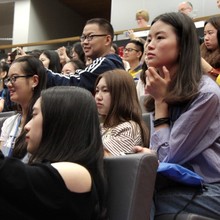 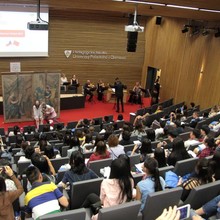 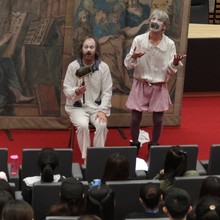 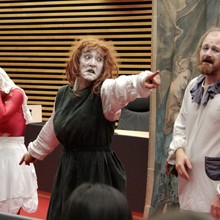 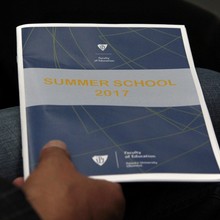